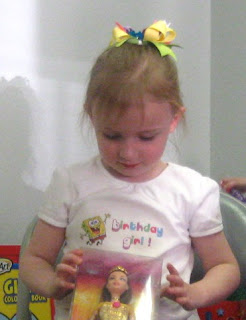 So my daughter turned 4 on Tuesday (march 23rd). It doesnt seem like she should have, she's getting so big. When I asked her what kind of party she wanted, her answer was simple. . . "Spongebob"; dont we all love that guy. lol.
For her tee shirt to the side --> I found a spongebob image on google opened it in paint and found a cute font (billo) and wrote "birthday girl" beside it. I colored it to match the theme and printed it on that iron-on tee shirt paper i got from walmart. All you do is print your image out (mirrored) and iron it on! so easy! And she loved it.


Weather was supposed to be bad so i had to come up with an activity or 2 for a bunch of children under 5. . . and i thought. . . yep a cardboard playhouse will be cheap and effective. It turned out really well so i thought i may share it, incase someone elses child just has to have a pinapple under the sea!


What u will need


Constructing a "Pinapple Under the Sea"

1- find a really big cardboard box, or 2. (appliance stores have these alot)


2- bend the box to make it more round/octogonal shaped.


3- cut out the rounded door shape, and a few round windows. (i painted the door grey as i went) 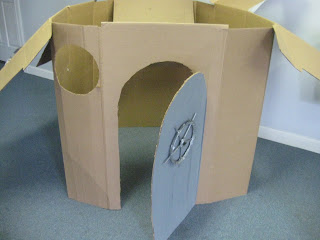 4. Now begin to assemble the top. Sorry i didnt have a picture of this, but i just stood all the top sides up at an angle so there was a smaller octogonal shape at the top and i wired it together because the duck tape wouldnt hold.


5. Next I cut a piece of cardboard the shape of the octogonal opening left at the top and taped this down, so the top of the box was closed in. This made the overall shape.

6. Yellow paint would cost way too much to cover this, so i chose yellow tablecloths for less than $2 apiece and taped them on the inside to cover the entire area. These also hid all the uneven areas, so it worked out alot better.


7. i cut out around the windows and duck taped them down, it looked like this: 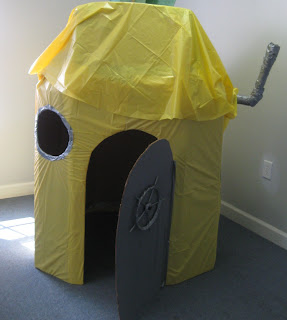 * The pipe at the side was an old wrapping paper roll i just covered with duck tape. I cut a slit in the side of the house and pushed it in.

*I taped the top piece down with clear tape so it would look nice.

8. for the pinapple leaves on top i cut these shapes (in much larger form ofcourse) out of cardboard and painted them green. (i watered down my paint a bit so it would take less). I assembled them together just putting the larger in the middle, sliding the rectangle onto it in the cutouts, and then placing the taller single leaves into the front and back cutouts on the rectangle. 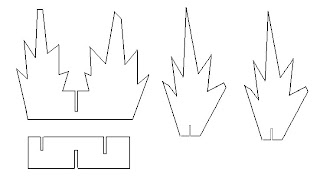 10. lastly, just for looks i made a "nautical wheel" out of an old plastic lid and some small dowel rods that i cut and covered with tape, i put this on the door, then used an orange sharpie to draw the pinapple pattern around the house. 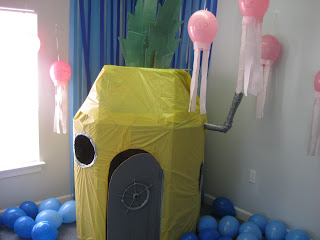 
all you need is light pink balloons and light pink streamer and clear tape!and its cheap and easy!


*just blow up the balloons


*use tape and some streamer or string to hang them from the celing!

i know im horrible at explaining things, so, thanks for baring through that, maybe i'll get better at it later!

Ang
I'm a 31 year old mother of 3. Just celebrated my 11th anniversary with the love of my life. I have always enjoyed being a SAHM, and crafting in general. After the birth of my daughter, my love for sewing grew, and with my son and next baby the need for organizational ideas and money saving diy everything! lol 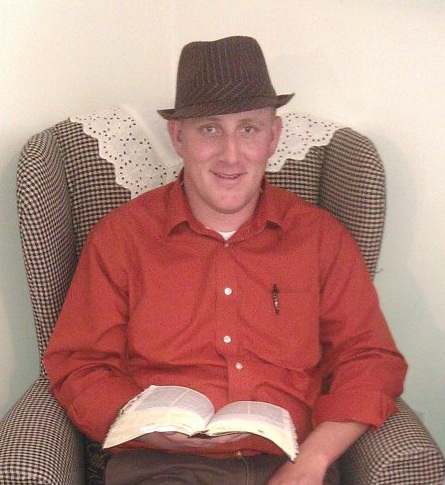 Here he is. . . the husband, the man, the rough-n-touble wild man, the love of my life since fall of 2003, the man that puts up with all my crafting mess and frugal diy attempts :)

My beautifully colorful daughter, 8 years of age, the one I make all those cute dresses and hairbows for!

Larry Mitchell Long III to be exact!! He's my handsome little devil who just turned 7, and is spitting image of his daddy! 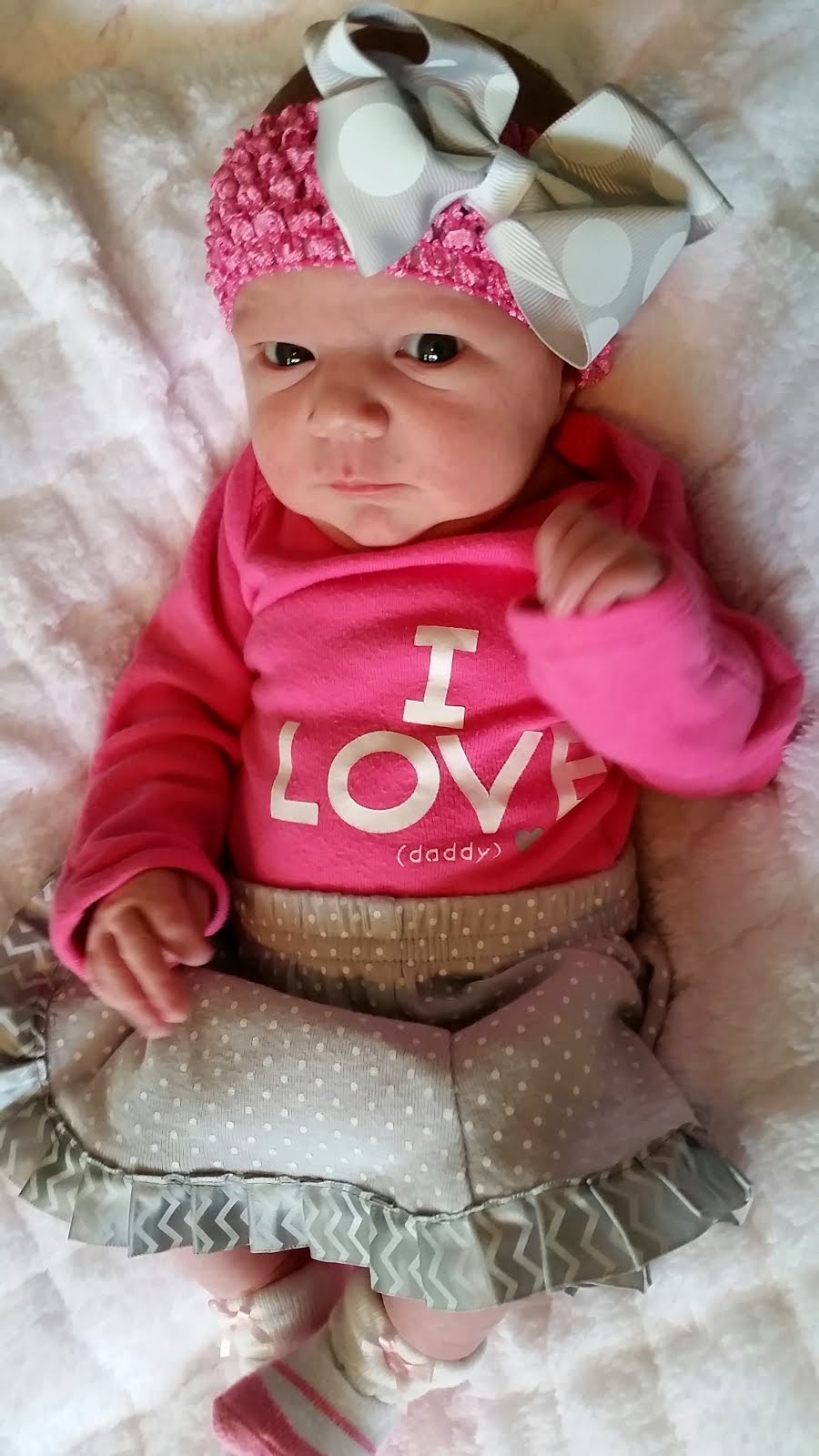 Our little surprise / miracle. Born to us August 19th 2014. This beauty completes our family!!